Until It Is Denied

People don’t know what they have until it is denied. My thoughts on this come out of two seasons of life where I was denied much due to cancer and chemotherapy. I have fought and defeated Burkitt’s lymphoma in 2008 (read it here) and again in 2014 (videos and blog links in this wordpress blog).

One specific moment in time set in motion many thoughts about not knowing what one has until it is denied. I was slowly shuffling into the oncology office in March 2008 after having spent about 6 weeks in the hospital. The automatic doors opened and there it was, staring at me, just daring me to try. Really, it wasn’t as much as a dare as it was a taunting.

The birth of desire sometimes occurs when a boundary is established that wasn’t previously there. I never knew the challenge existed until it stared me directly in the face and I was unable to respond as I normally would. I didn’t know how much I could want to do something that was otherwise rather mundane.

What would have the gall to taunt a person suffering the effects of severe chemotherapy? What would be so bold as to induce jealousy in a cancer victim, someone in the grips of weakness due to chemotherapy and anemia?

A simple flight of stairs. 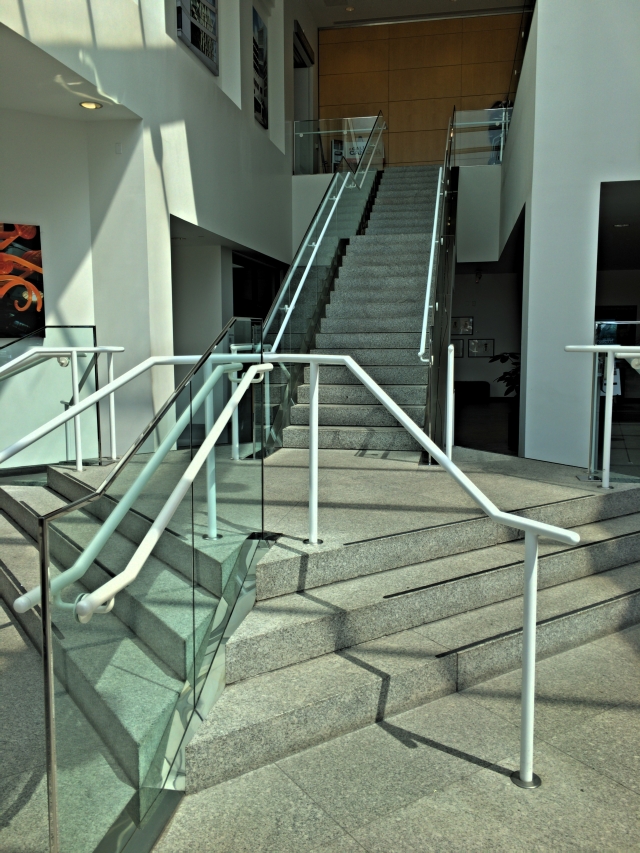 I was so tired walking into my oncology office that I had to sit down at the first bench. I sat and rested. While sitting on the bench, the stairs stared at me. Their escalating silence was loud and bold. The sheer size was impressive and the longing was birthed consciously to scale this impediment in front of me. I can’t recall having ever had the conscious desire, an actual yearning, to walk up a flight of stairs until it was denied me.

Let me ask you, how long is one minute?

I’ll tell you my answer to that question: depends on which side of the bathroom door you are on. Sixty seconds can be a flash of time or an eternity. Somehow bladder and/or bowel pain can slow down time proportionate to the level of emergency.

It is all about perspective people. I didn’t know my perspective on stairs could change so profoundly.

My second time battling cancer I was ready for the challenge and emotional turmoil of being denied certain physical norms. When I saw The Stairs just gloating at me, I took on the challenge whenever possible. I was so freaking determined to not let the stairs beat me that I scaled them probably more than I should have.

It felt good, too.

Just having scaled “The Stairs” at the oncology office. I was so proud I made it I had to memorialize the moment with a photo.

Don’t pick on people, look down on others, when they express simple desires denied them. You don’t know the perspective that can impact a person’s life until you’ve walked in their shoes. I would have never known stairs would be so personal to me. Things as simple as walking a certain distance, transferring from one chair to another, and other such mundane things become really personal when they are no longer taken for granted.

Want to know how personal it has become? When I go to work now, I am steadily parking higher up in the garage. It isn’t so much an exercise thing, for I don’t value exercise as I should based on the choices I make other hours in the day and on days off. But when I am faced with those stairs at work, it is personal. Now when I see stairs in front of me, I can’t explain the inner stirring that occurs as I desire to surmount that obstacle that once mocked my desire to live.

I have this something that burns inside me that I must conquer regularly simply because there was a time when I was denied that basic ability. It is personal to me and I love the feeling of being able to choose, or not, to scale the stairs. Try to go easy on people who have odd quirks based on trauma in their life.

I’d like to share one other perspective that I didn’t know would be different based on the effects of chemo. Simply going to the drug store was an exercise in comedy because I was denied hair. Where I would have never noticed brushes and Rogaine before, it was a temptation and taunt that I could not deny.

I still walk by those items and see them differently now. 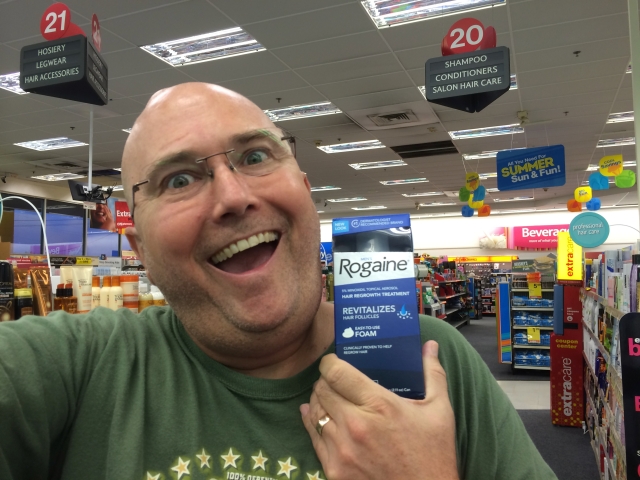 You just never know what your perspective will be until you’ve had your spirit deeply broken due to personal tragedy. You never know what can become personal and powerful until it is denied.