Is it ok to make two posts in one day? I sure hope so. I wrote the first update about midnight. By 3am, things changed a bit. So it is in the life of a recovering cancer patient.

I may not be dealing with cancer any longer, thank goodness, but the effects persist and still catch me off guard. I laid down about 3am, thinking I was going to get some needed rest. Little did I know an old nemesis was about to creep its ugly head and torment me for hours.

After the first cancer battle concluded in September 2008, I was gaining strength for a year. By September 2009, things changed abruptly. Arthritis set in quickly. I’m talking seize up the body in 4 days can’t tie my shoes type of arthritis. A few bone scans later, I was taking a medication that offset the arthritic pain and life mellowed out a little. Arthritis couldn’t cramp my style.

December 2009 saw two events that were to foreshadow my recovery: pneumonia and a blown out shoulder (tendon problems). The pneumonia was initially brushed off with antibiotics, steroids, and breathing treatments. Quickly following this was a tendon tear in my right shoulder requiring medical intervention. The surgeon educated me I should be wary of certain antibiotics that were known to cause tendon problems. Evidently, I had received many of these during chemo and had just finished another round due to pneumonia. The link between tendon tears and these class of antibiotics evidently is strong. Lesson learned, wasn’t going to let antibiotics cramp my style.

I then endured a series of lung infections. Pneumonia six times to be exact. As September 2010 came crashing in on me, I was super tired and weak, not sure what my future held as I knew I couldn’t keep going with back to back pneumonia cycles. Once the diagnosis of hypogammaglobunemia was made, and the infusions started, things really looked up. Pneumonia and low immunity couldn’t cramp my style.

But wait, there’s more! During this time frame, I had some other battle ensue that was probably the hardest. I have spoken of it little, as it sounds so minor to me. Yet the reality is anything but minor. People respect the idea of pneumonia, but who is going to take cramping in the legs as a serious issue? My muscles cramped my style in a Texas sized way.

I’m here to tell you, leg, toe, and foot cramps are sinister wicked entities all their own. Yes, each is an individual form of a cramp and each will bring a deep reverence to your life if you’ve experienced them as I have. I’m guessing in 2010, the cramps were one of the most difficult things I endured and certainly the most painful.

I had debilitating cramps that hit me when I was teaching class, driving, and the worst of all, sleeping. I can remember lecturing to my dialysis class and taking a step towards the white erase board, and my calf muscle hitting a full reverse double half hitch. I’m sure I kept my composure some, but my students knew what was happening. Driving was terrifying, having the legs lock down with the foot on the gas pedal. I learned to push through the pain of a full blown charlie horse while driving, pulling over to deal with the problem quickly as I could. The worst though, by far, are night cramps.

I cannot tell you how many times in 2010 I had full blown hard core double leg lock ups during the night. I’m talking up to 7 times per night (yes I counted) with my legs nearly touching the back of my head. I learned to speak inverse Swahili while inhaling. I didn’t know I could dance on my toes like a ballerina while whining like a puppy. I make jest of this in writing, but the truth be told, it was intense and terrifying. I got to where I feared going to sleep. Every single night for a long stretch of time, my goal was to have only one cramp. I began to loathe sleep.

It took strong medicinal intervention to stop the cramps. My doctor finally put me on an antiparkinsonian medication called pramipexole. It sure made a difference. I got to where I would thank God going to sleep for modern medications and began resting without fear of intense pain waking me up. Even though the worst of the pain had resided, cramps persisted to some degree and my muscles in my legs seemed tight all the time.

One fateful office visit, to the same doctor who found my cancer in 2008 and saved my life, my life took a turn for the better. She said my vitamin D3 was low and needed supplementation. She commented that probably meant my calcium levels were off. Her instructions were to drive straight to a pharmacy or store and get some calcium antacids. I tell you what, it didn’t take but about 5 minutes of chewing through about 6 of those and I felt a distinct relaxation begin to settle into my legs. I was able to stop taking the pramipexole and I don’t think I’ve had a full blown charlie horse again.

Until about 4am last night. 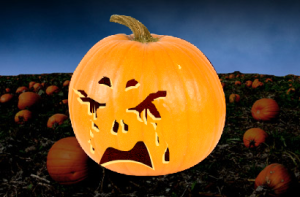 Oh my gosh, I learned to speak a new tongue when both legs snapped me out of bed about 4am. I’m talking simultaneous synchronized muscular contractions giving birth to new levels of utterance. I stood on my toes to break the cramps, instantly recognizing the terror all over again. As soon as I got the calf muscles in back to calm down, the front of my legs locked down and my toes all began to rhythmically dance. I had to rock back and forth, trying to break one set of cramps to only initiate another set on the opposing side.

Hobbling across the house, I found all manner of things to take. I started with potassium, then got some salt. In my delirium, I realized I should look for calcium based antacids. This process wasn’t a quick one as I each few footsteps results in my learning a new syntax of Swahili spoken backwards. Once I found some Tums, I chewed those things like they were the best juicy steak you could imagine. After some 10 – 15 minutes of long term cramping, I felt my muscles start to relax again. Cramping, my style.

I got ahold of my doctor this morning, knowing I need to see him for follow up on the pneumonia. I am still coughing quite a bit, tired, and now the cramping. He and I had a good conversation about all things muscles, and we’re going to see if daily Tums will be enough to keep the cramps down. He said my lungs don’t sound that good and he wanted to know why I had return to work already.

Well, I .. umm….like work? I’m tired of being at home? I stammered a variety of excuses while he was writing on a prescription pad. He handed me the note: one week off from work to rest. What? NO! I don’t want to be home for another week! He did one of those doctor things and spoke rationally to me, talking me down from a ledge.

He saw the big picture and took time to make me think twice about my choices. Here I am, approaching my one year “new birthday” of my stem cell transplant. I’ve managed to dodge most major complications. I returned to work for a month, and now have pneumonia and painful cramps. I’m needing to start monthly infusions to boost my immunity.  I continue to work, only heal a little, and now my legs are locking up on me. Why not rest one more week, begin the infusions this week, get stronger, resolve the cramps, then return to work in a better state than I am now?

I love logic, just not his! His was too correct and ticked me off. I whimpered about this and that, but he held firm and handed me a note for one week off from work. I guess he is right, after all these months of steady progress, why am I going to worry about 1 week? Truth be told, I struggled through work this week. I did make it and in some respects, it felt good to be out of the house and productive. Perhaps though, it was pushing it too fast. Pneumonia is a booger to get over and I need to give my body every chance to heal, whether I want to or not.

Across the street to the pharmacy I go. I meandered through the isles getting magnesium, more vitamins, and a Texas sized bottle of kick butt muscle relaxing Tums. Berry flavored! As I looked across the clean shiny cement floor of the pharmacy, I was realizing how tired I really was physically.

I suppose the whole 24 hours was catching up to me. I kept looking at bottles of buy one of this and get the next free, while my brain was wondering to what I was going to do for another week. Fatigue is my constant shadow and seemed more like the real me for this moment. I felt I had hit a set back, albeit a minor one. I was pondering having to cancel all plans, work, and just sit and rest for a week. You guys might fantasize about such a dilemma, but I do not. I’ve had enough of this. Reluctantly I realize I have to go home and make a few phone calls and deal with things. 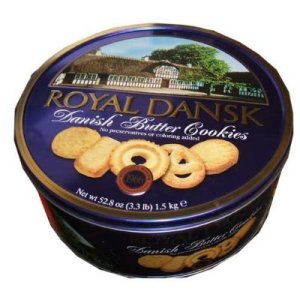 As I went to check out at the pharmacy, the clean cement floor of the pharmacy was speaking to me for some odd reason. Strange the things that cross the mind of a tired chemo warrior. I couldn’t help but notice the display of Royal Dansk cookies calling my name. Maybe the fetal position, spooned up with a tin of these cookies right in the midst of a modern pharmacy, might fix all problems right now.

Y’all get out there and live life for all it is worth. Love God, others, as self. I’m here to tell you, you just don’t know when you might not get another chance.

4 Responses to Cramping, My Style